This is a follow-up post to an earlier topic PDG wrote about after the Egyptian crackdown and censorship of the internet.

Dubbed the “Internet in a suitcase” project, a team at the New America Foundation’s “Open Technology Initiative” is creating hardware and software which create separate pathways for communications, whether cell transmissions or wireless data.

“We’re going to build a separate infrastructure where the technology is nearly impossible to shut down, to control, to surveil…. The implication is that this disempowers central authorities from infringing on people’s fundamental human right to communicate.”

The NYTimes in an article this week described their work as:

The group’s suitcase project will rely on a version of “mesh network” technology, which can transform devices like cellphones or personal computers to create an invisible wireless web without a centralized hub. In other words, a voice, picture or e-mail message could hop directly between the modified wireless devices — each one acting as a mini cell “tower” and phone — and bypass the official network.

Mr. Meinrath said that the suitcase would include small wireless antennas, which could increase the area of coverage; a laptop to administer the system; thumb drives and CDs to spread the software to more devices and encrypt the communications; and other components like Ethernet cables.

Hats off to these programmers and engineers, and also to the Obama administration’s other initiatives.

Read an earlier post on internet censorship here at PDG. 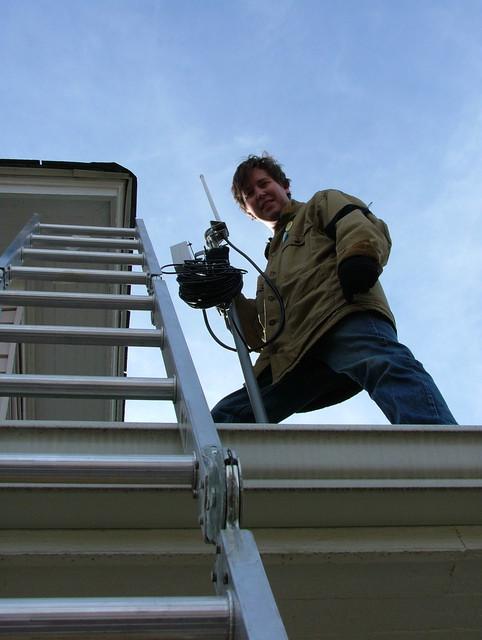 Sascha Meinrath is the Director of the New America Foundation’s Open Technology Initiative and has been described as a “community Internet pioneer” and an “entrepreneurial visionary.” He is a well-known expert on community wireless networks, municipal broadband, and telecommunications policy. In 2009 he was named one of Ars Technica’s Tech Policy “People to Watch” and is also the 2009 recipient of the Public Knowledge IP3 Award for excellence in public interest advocacy.

Sascha is a co-founder of Measurement Lab, a distributed server platform for researchers around the world to deploy Internet measurement tools, advance network research, and empower the public with useful information about their broadband connections.

He also coordinates the Open Source Wireless Coalition, a global partnership of open source wireless integrators, researchers, implementors and companies dedicated to the development of open source, interoperable, low-cost wireless technologies. He is a regular contributor to Government Technology’s Digital Communities, the online portal and comprehensive information resource for the public sector.

Sascha has worked with Free Press, the Cooperative Association for Internet Data Analysis (CAIDA), the Acorn Active Media Foundation, the Ethos Group, and the CUWiN Foundation.

This site uses Akismet to reduce spam. Learn how your comment data is processed.